You are welcome to WParray!. The painting is still wet tread carefully ;)
start here
Skip to the content

Over the past week, I have struggled to write. I have consistently lacked ideas on what to write about. The motivation to write has been at an all-time low. I kept wondering to myself, is this something that other writers or bloggers face as well?

Curious, I did what everyone else does and jumped onto google for a quick search. Guess what, the results were comforting! It occurred to me that this is a common phenomenon than I thought. All cadre of bloggers, authors, songwriters, poets and other creatives have on several occasions in their careers faced the writer’s block phenomenon.

JK Rowling, one of the prolific writers in recent times mentions several instances where she hit the brick wall of writing. She tweeted this back in 2017. In the tweet, she laments that she had spent the entire day wrestling to complete a paragraph!

That tweet my friends is comforting! It feels good to see that you are not alone especially when struggling over something. Something that even the people you look up to or you think are successful have their fair share of labour.

Eminem, one of the successful hip-hop artists for all time, and listed by the magazine the rolling stones as one of the top one hundred songwriters of all time, released a song titled Writer’s block about eight years ago. The opening lyrics are revealing.

[Intro: Eminem]
Yeah! I don’t know what else to say
I can’t, I can’t think of nothin’
I’m stumped, here we go!
On your feet! Stand up! Everybody hands up!
Uh, man, I don’t know man

It seems Eminem was lamenting about hitting a creative snag. It appears by expressing this he found a way confronting the fog.

I am writing the second part of this post on a cold Saturday weekend. My writing enthusiasm is at an all-time low. I am using sheer will power to write. But I am writing anyway.

Amid the struggle, my thoughts were directed to think and to find out what causes the writer’s block? After doing some soul searching I found three reasons that may lead one to develop the writer’s block phenomenon:

The writer’s block is frustrating, after self-introspection, I sought to discover back my magic wand. I thought of the times when my writing was flowing like lava. I tried to remember what worked for me at the time. My research crossed over from self to the world’s digital largest infinite digital library to search for answers. The internet. Here are some of the solutions I found out that have worked for me:

I have one more bonus strategy you can use in case everything else falls apart. The strategy is to set the momentum at the beginning of writing. Consistently write regardless of how bad you feel.. Your goal is to get things going. I liken this strategy to an athlete showing up for a workout. At first, they do not feel like working out. But once they begin, momentum sets in, they break the barrier and enjoy the workout.

To conclude, always remember this “Genius is one percent inspiration and 99 percent perspiration,” said Thomas Edison. 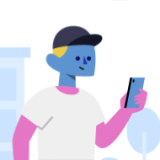 Ex Dreamweaver...yeah! Ex Modx, Ex Joomla. 2 years of web design experience, 3 years UX/UI designer and 8 years of web experience. Wordpress convert and enthusiast! Let's do this for the love of the web.

This site uses Akismet to reduce spam. Learn how your comment data is processed.

We bring you valuable, inspiration and just for fun content from the web about the web and WordPress. Learn more